Time to read
8 minutes
Print
a- a+
Read so far 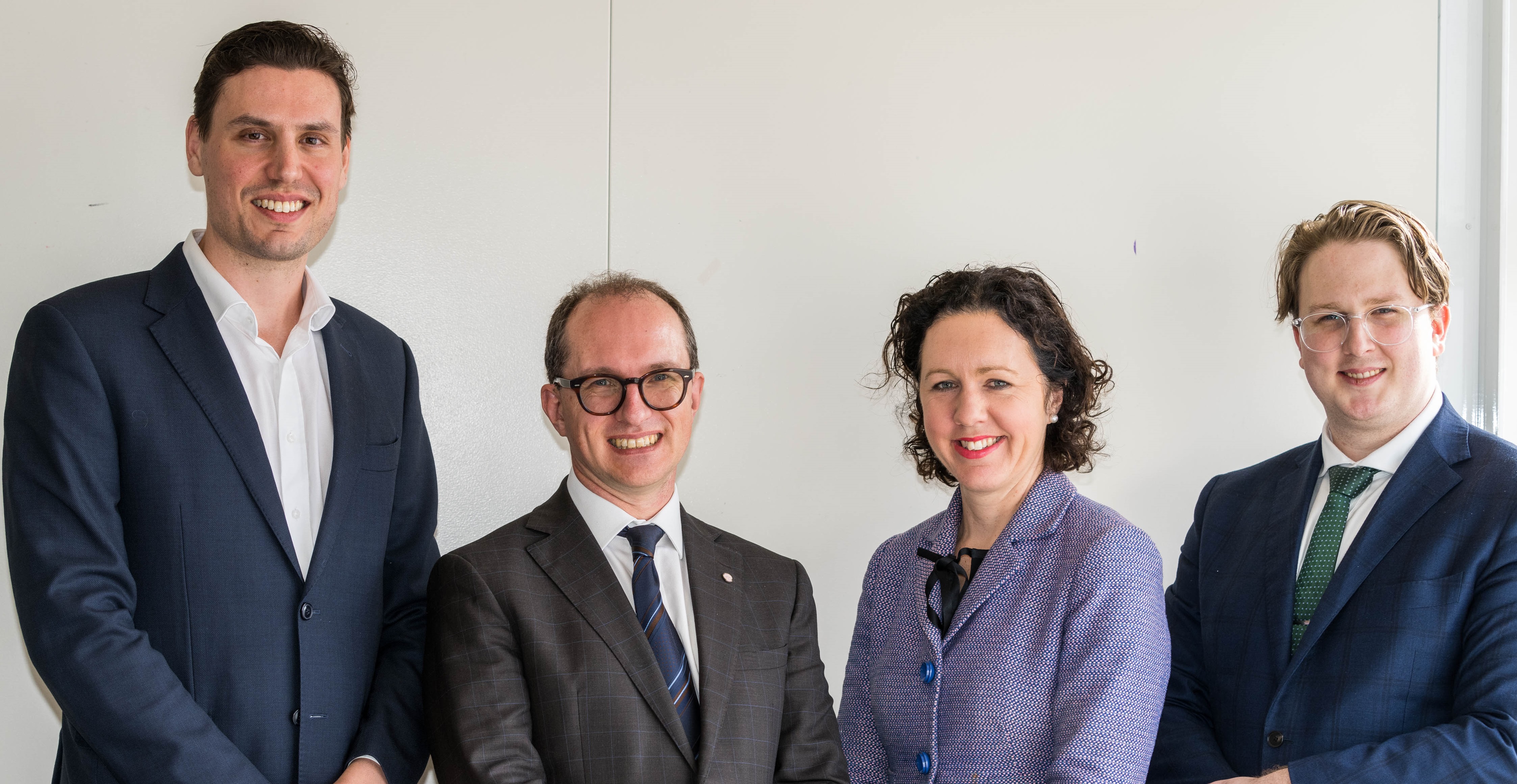 The Society offers the Brooking Prize annually for the best essay submitted in the field of construction law.

It is named after The Hon Robert Brooking AO KC (1930-2022) in recognition of his Honour’s pioneering contribution to the study and practice of construction law in Australia.

The Privatisation of Justice: Is Arbitration Impacting the Development of Australian Construction Law?  by Paul Tamburro

Is there a place for retention in today's construction industry? by Jeremy Coggins and Mitchell Francis

The Prevention Principle and the Doctrine of Penalties by Trevor Thomas

The Brooking Student Prize was not awarded for 2022.

Information about the 2023 Brooking Prize will be published here in due course.

Should Australia move to a hybrid model for the delivery of mega infrastructure projects? by Trevor Thomas (now published at (2022) 203 Australian Construction Law Newsletter 16)

Addressing the elephant in the room: the inadequate adjudicator regulations in NSW by Dr Samer Skaik (now published at (2021) 37 Const. L.J., Issue 7 © 2021)

For Fetter or Worse: The Fettering Doctrine in Government Building Contracts by Paul Tamburro (now published at (2021) 36 Building and Construction Law 433)

Confusion reigns? The effectiveness of contractual provisions which seek to limit liability under the Australian consumer law by Joshua Bridgett

Cracking the Code: Claims, Consultants and Ethics in the Construction Industry by Petrina Macpherson

The Successful Delivery of Infrastructure Projects – Fantasy or an Achievable Reality? by Laina Chan

Should parent companies be primarily liable to pay on demand for the acts of their contractor subsidiaries? by Tina Funge

Will COVID-19 cure the poor health of the Australian construction industry? (now published at (2021) 197 ACLN 16) by Kiri Parr and Kevin Pascoe

In which payment trust should the Australian construction industry place its trust? (now published at Insolvency Law Journal, 2020, Vol 28 (3), 113) by Bianca Teng and Dr Jeremy Coggins

Security of Payment Laws: Singing in the same key, if not from the same songbook by Andrew Serb

Protecting David from Goliath: Why Harmonising Australian Security of Payment Laws is not in Queensland's Best Interests by Jane Evelyn

Contractors, Owners and Banks: relationships built on trust and security? by Daniel Morris

The early resolution of construction disputes – has the High Court changed the game? by William Marshall (Now published at [2020] International Construction Law Review 43)

Is it ever appropriate to employ a prospective delay analysis for a time distant event, in a dispute context? by Catherine Williams (Now published at (2020) 193 ACLN 20)

‘All Promise Outruns the Performance’ – The Enforceability of Extended Promises in Construction Contracts by Dominic Fawcett and Hugh Hadgraft (QLD).  (Now published at (2018) 34 BCL 263).

The Brooking Student Prize was not awarded for 2018.

"Political Flim-Flam or Ground-Breaking Reform?  A comment on the Code for the Tendering and Performance of Building Work 2016" (published at (2017) 177 ACLN 6) by Elizabeth Pearson (NSW)

"Is a DAB Member Appointment Enforceable if One/ Both Parties Do(es) Not Sign a Dispute Adjudication Agreement in Connection with FIDIC Contracts?" by Laura Lintott (UK)

"Prospective Analysis – What does it Mean?" by Mark Griffiths (NSW)

"Reviving the Victorian Adjudication Review Mechanism Process" (An expanded version of this paper is published in (2017) 33 Const. L.J 291) by Samer Skaik (VIC)

“Against Cavendish: Towards a procedural conception of the penalty doctrine” (revised version published at (2016) 33(4) International Construction Law Review 452) by Thomas Ho (Hong Kong)

“Defective buildings and pure economic loss claims: the return to an exclusionary rule?” (published at (2016) 32 BCL 233) by Adrian Baron (Qld)

“Back to the in futuro: Preserving parties’ contractual rights and remedies after termination” by Raeesa Rawal (VIC)

“Difficulties with harmonisation of security of payment legislation across Australia – is federalism a friend or foe?” by Maria Farrar (WA)

“Expert determination: Beyond the law?” by Chris Horsfall (VIC)

“The interpretation of commercial suretyship obligations: Recent trends in the application of the strictissimi juris rule” by Sean Kelly (VIC)

“Security of payment claims in Victoria: possible developments in the law regarding disputed variations following Branlin and SSC Plenty” by Leighton Moon (VIC)

“To what extent has case law separated the Australian and UK courts’ approach to global claims?” by James Millen

“The recovery of negligently inflicted pure economic loss – what is proximity, and why does it matter?”, Robby Bernstein and Andrew Archer

“A comparative analysis of the legal approach in differing jurisdictions to the construction of contracts through the use of extrinsic evidence”, Andrew Robertson

“Why the sound and fury? Enforcing security of payment judgment debts”(Published at (2013) 29(5) Building and Construction Law 372) Brian Mason, Melbourne

“International approaches to the legal analysis of concurrent delay.  Is there a solution for Australian law?”, Matthew Cocklin, London, UK

“The impact of post-disaster legislative and regulatory changes on the recovery of the built environment”, Sandeeka Mannakkara, Dr Suzanne Wilkinson, Auckland NZ

“Buyer Beware? The Current Australian Position on the Liability that a Contractor Owes to a Subsequent Owner of a Building” (Published at (2013) 150 Australian Construction Law Newsletter 50) Jaclyn Smith

At the dinner for the International Construction Law Conference in Melbourne on 7 May 2012, the following results were announced by the Hon Robert Brooking AO QC

“The Making of the Ideal Construction Law Graduate: How Can Law Students Cover All Bases and Hit a Home Run?”, Raeesa Rawal, Melbourne

At the function held in Melbourne on 19 May 2011, the following results were announced by the Hon. Robert Brooking AO QC

“The Search for the ‘Forgotten Tort’”, Adrian Baron, Brisbane

“Ministerial Call-In Powers in Relation to Construction Development Applications – A Comparison of Their Scope and Application in Victoria and the United Kingdom”, Anders Axelson, Melbourne

“Is expert immunity from suit a thing of the past in construction law?”, Phebe Mann, Buckingham, UK

In accordance with the advertised Prize rules, the Society exercised its discretion not to award a First or Second Prize this year

The following sets out the results of the judging of the 2010 Brooking Prize as announced by the Hon. Robert Brooking AO QC at the Society’s inaugural conference in Perth on 19 June 2010

“US Copyright Law in the Protection of intellectual Property Rights and Interests of Architects and Engineers”, Phebe Mann, Buckingham, UK